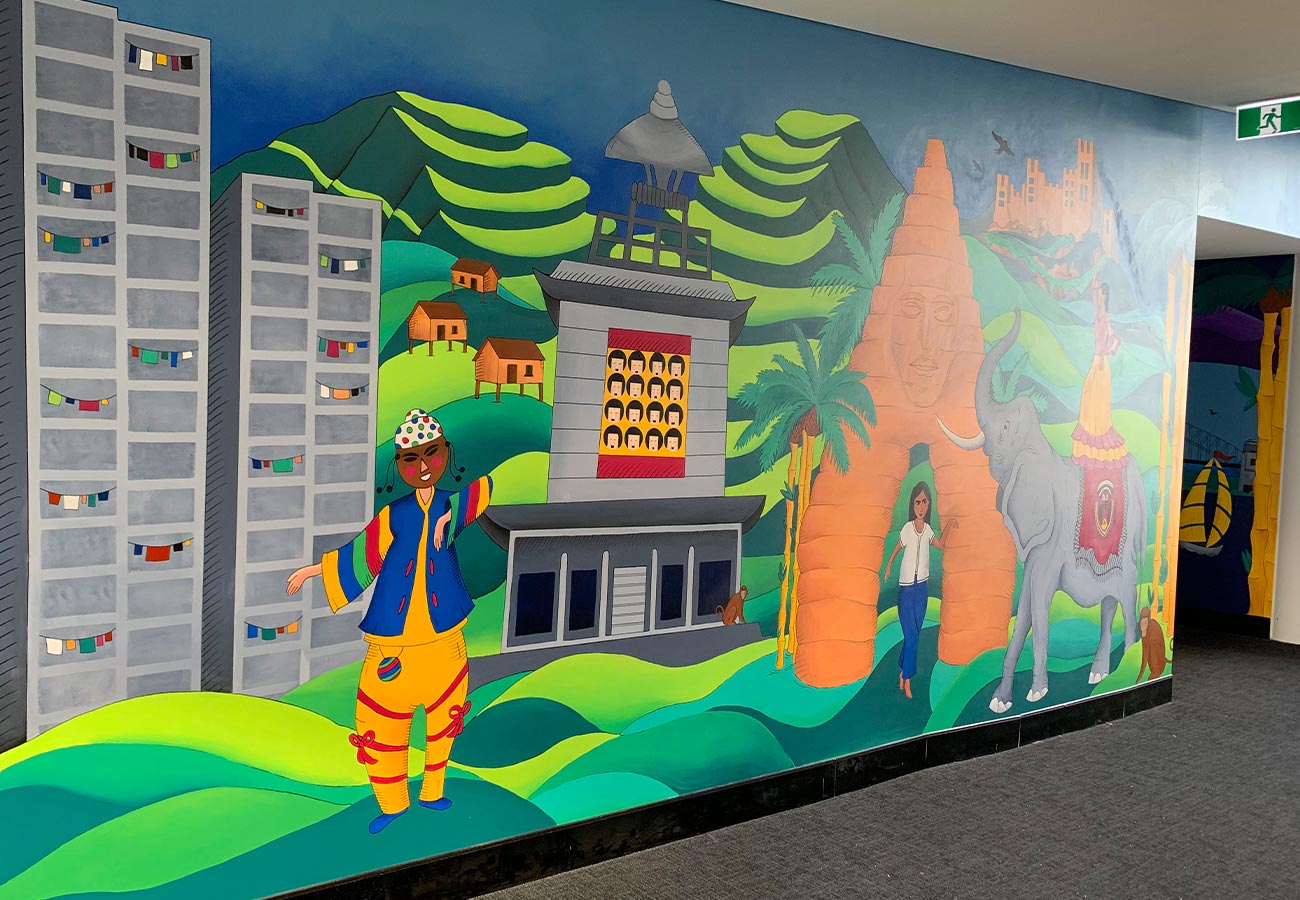 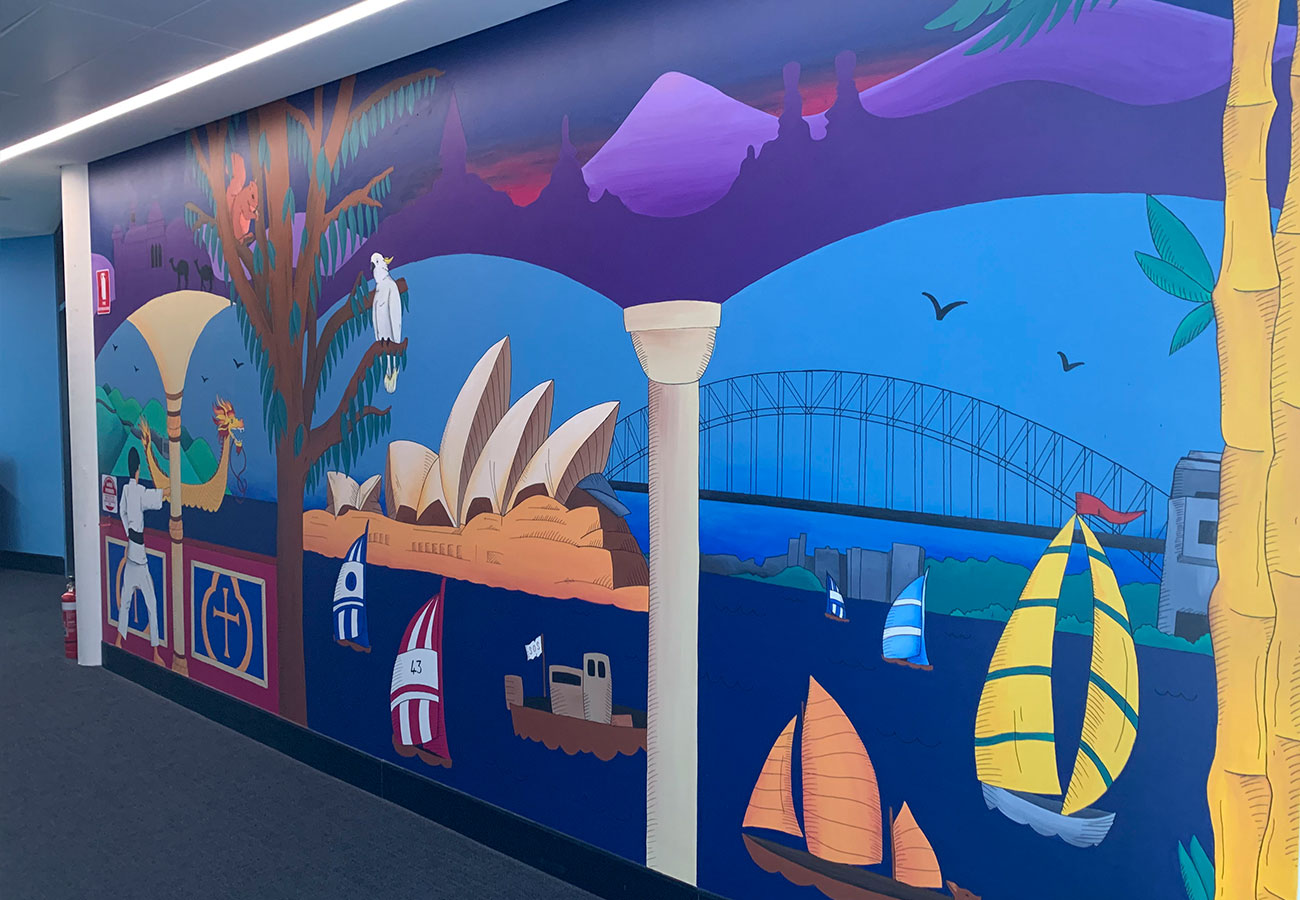 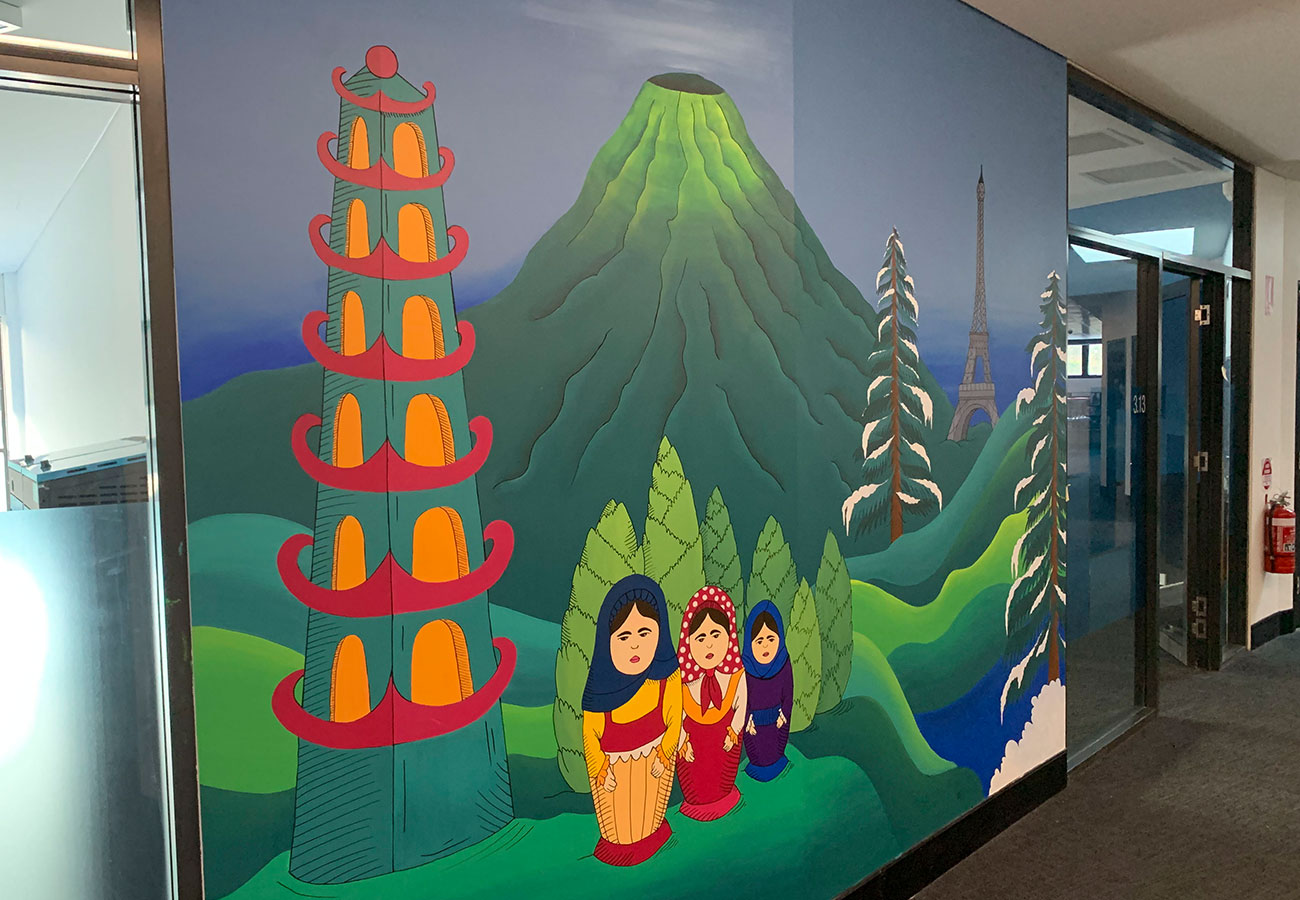 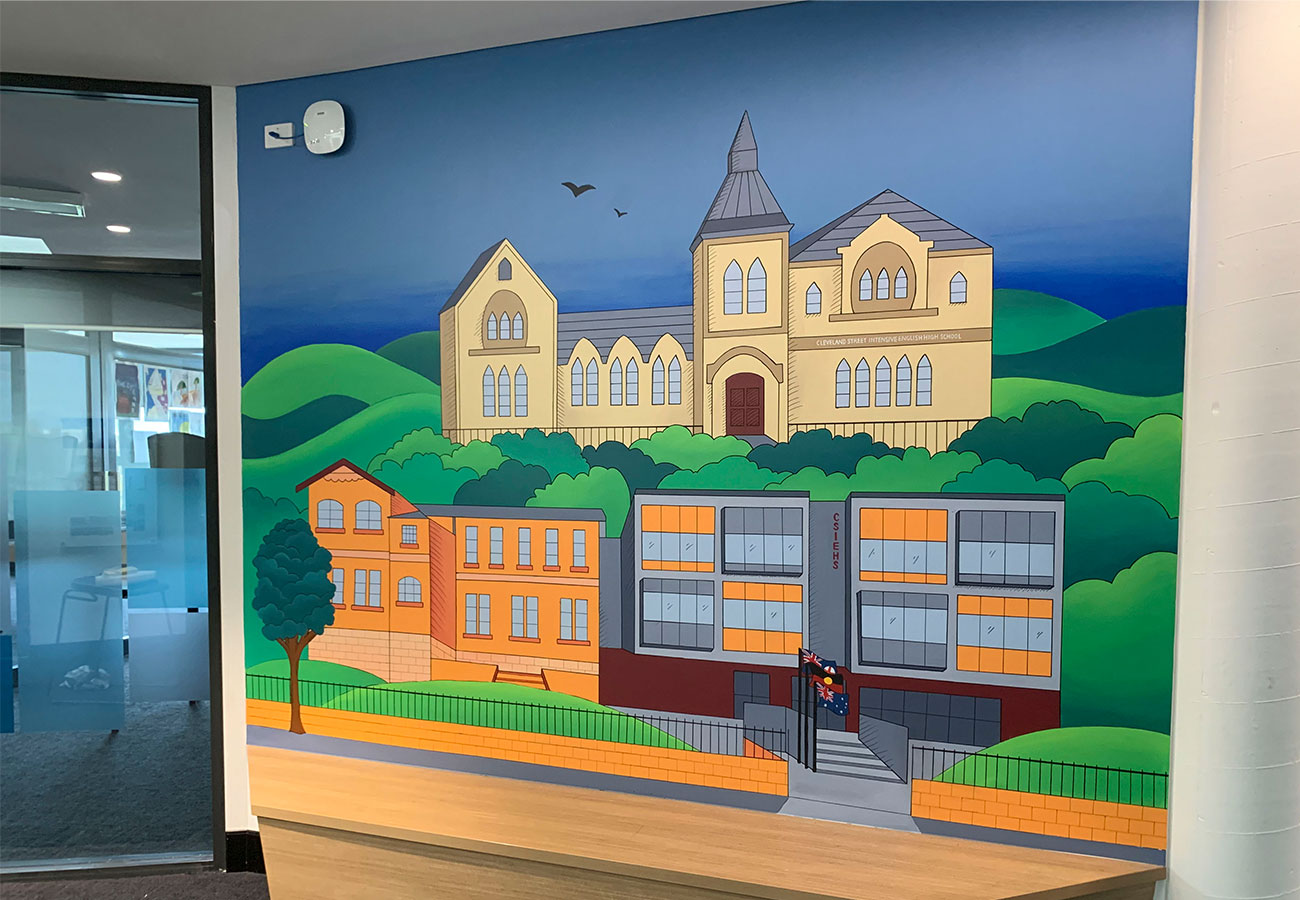 CHALLENGE
To reimagine precious school murals at the new premises in Alexandria.

We began this project with a detailed briefing from the Principal on the history of the original murals, all of which depict student stories over previous decades. They capture cultural references, various geographic locations and document numerous experiences and memories.

The Principal encouraged us to reimagine the murals for placement in a new building in the Alexandria school.

We took multiple photos, itemised the key elements we wanted to illustrate and conducted a lot of research into the symbolism of each item.

In collaboration with the school leadership team we identified areas in the new school where the new mural would be situated. We then developed several design concepts for review.

Once the preferred concept was chosen, we set about painting the new illustrations on four, large distinct walls, all on one level of the new high school. As the area in the new school was vastly different to the new school we had to spend a lot of time creating new compositions using all the key elements.

As far as a major school mural goes the scope of this project was significant requiring careful project management, research, highly-developed illustration skills and painting expertise to place the designs on four separate wall surfaces.

The end result is a new mural, vibrant in colour and rich in detail, that strongly references the original, in content and spirit. The new murals also include a brand-new design with the old and new schools side by side.

The entire project is contextualised with the addition of a plaque located next to one of the walls, that outlines the significance of the murals.

This major school mural project has been received very well be the school, its students and the wider school community.

Check out our other school projects here.