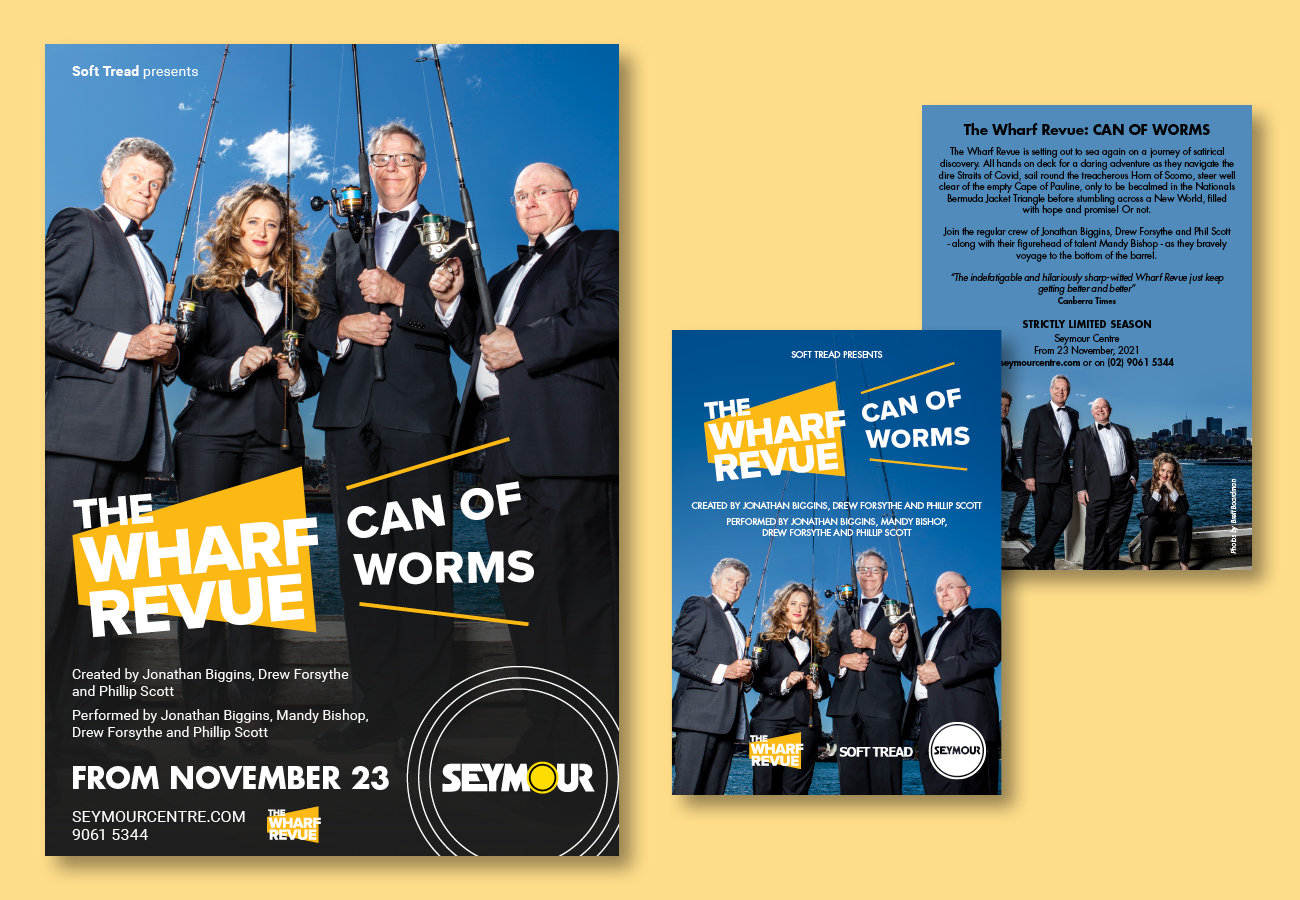 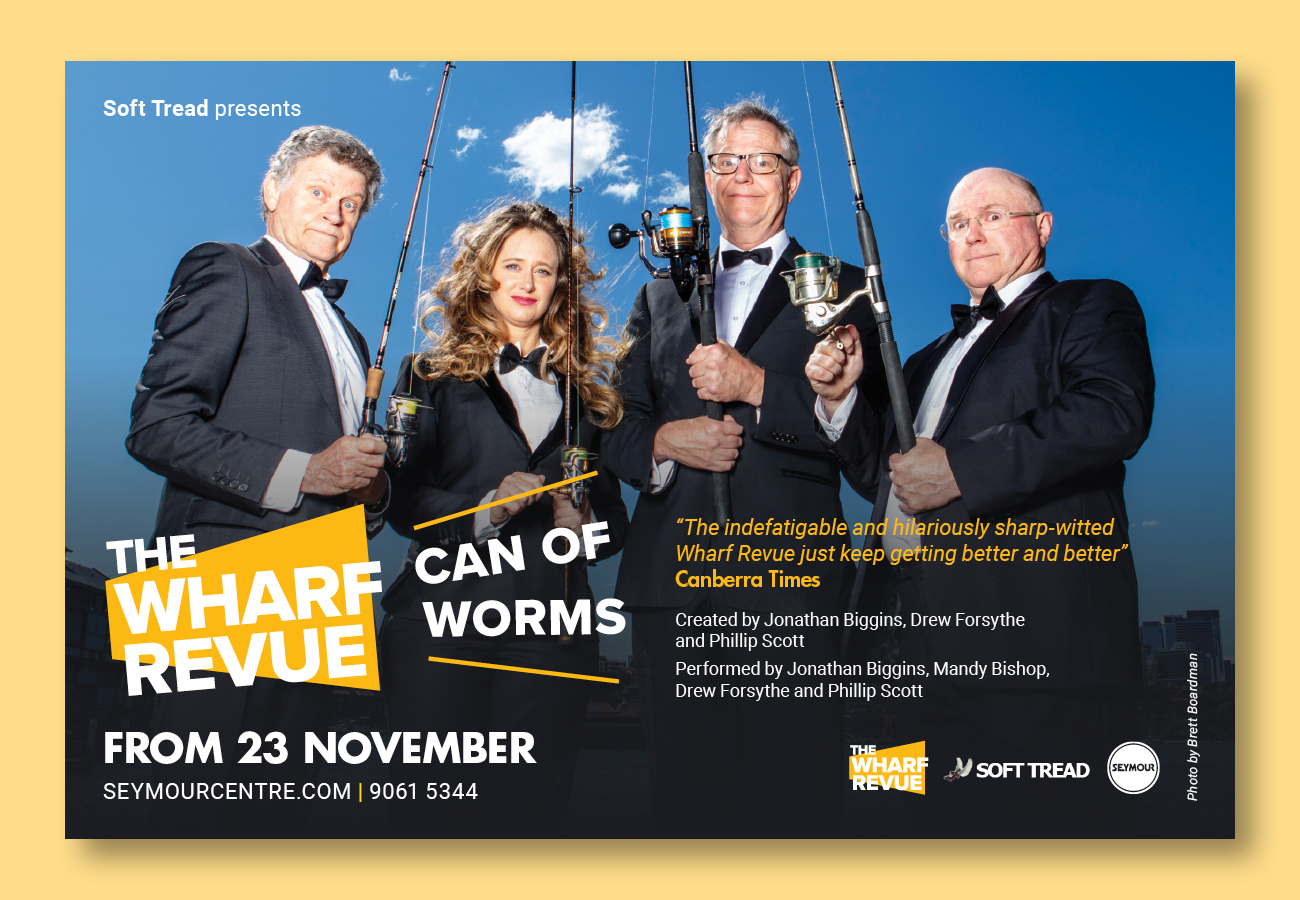 CHALLENGE
We were asked to develop a new visual identity for the long-standing and highly popular political satire, The Wharf Revue.

SOLUTION
Our aim was to capture the essence of this iconic production in its purest form whilst conveying both a sense of irreverence and relevance. The identity needed to strike the right tone, freshen the Revue brand and work across a multitude of different platforms and formats, not all of which were known at the time of the brief.

This kind of challenge called for a “media agnostic” concept with distinct and functional elements for the many years ahead that the show will be touring.

Our response was a simple lockup of the production name and a graphic device that spoke to the confident and controversial nature of the Revue. The final solution can be used in many configurations and utilise different colours to complement a range of different imagery and applications.