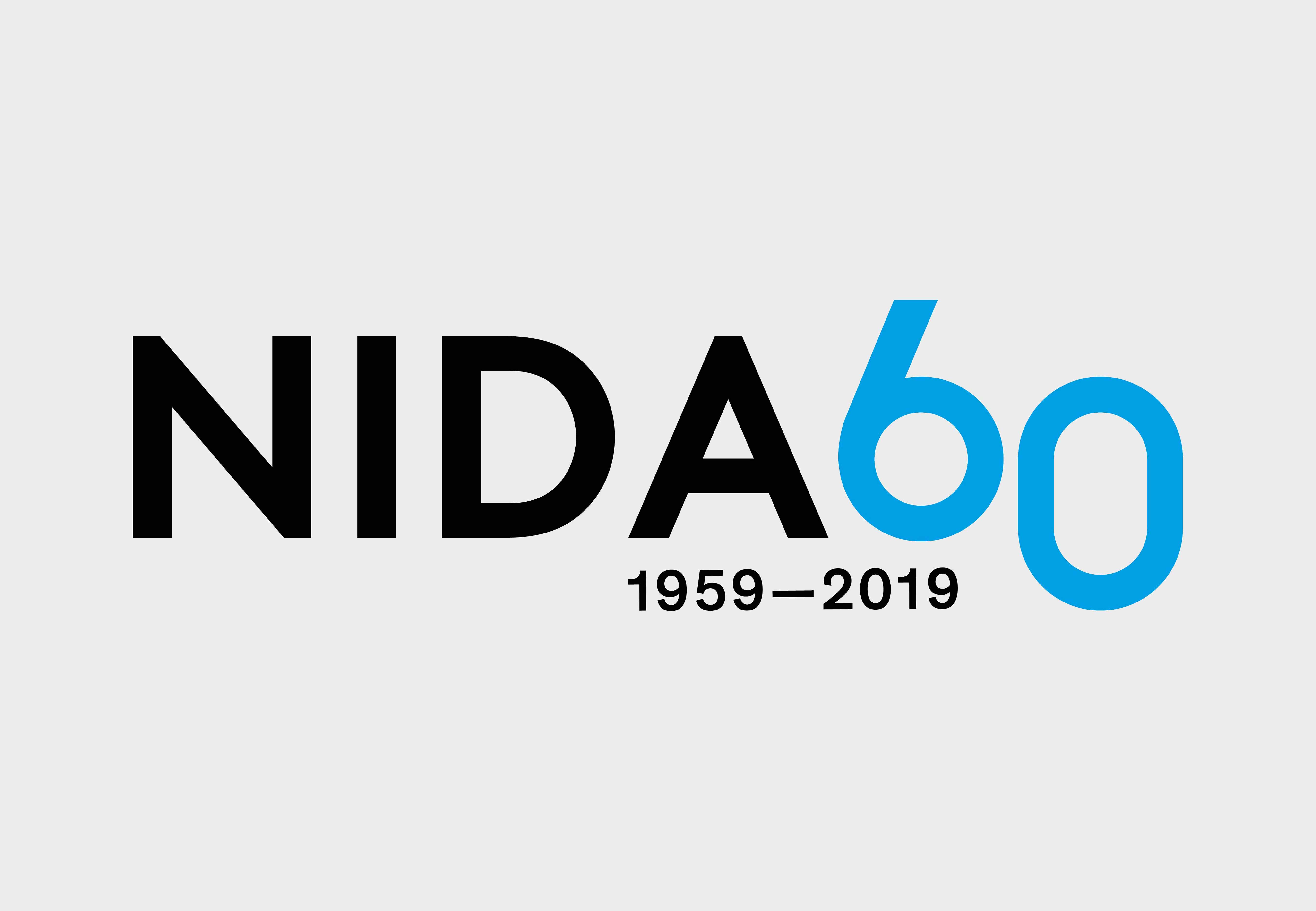 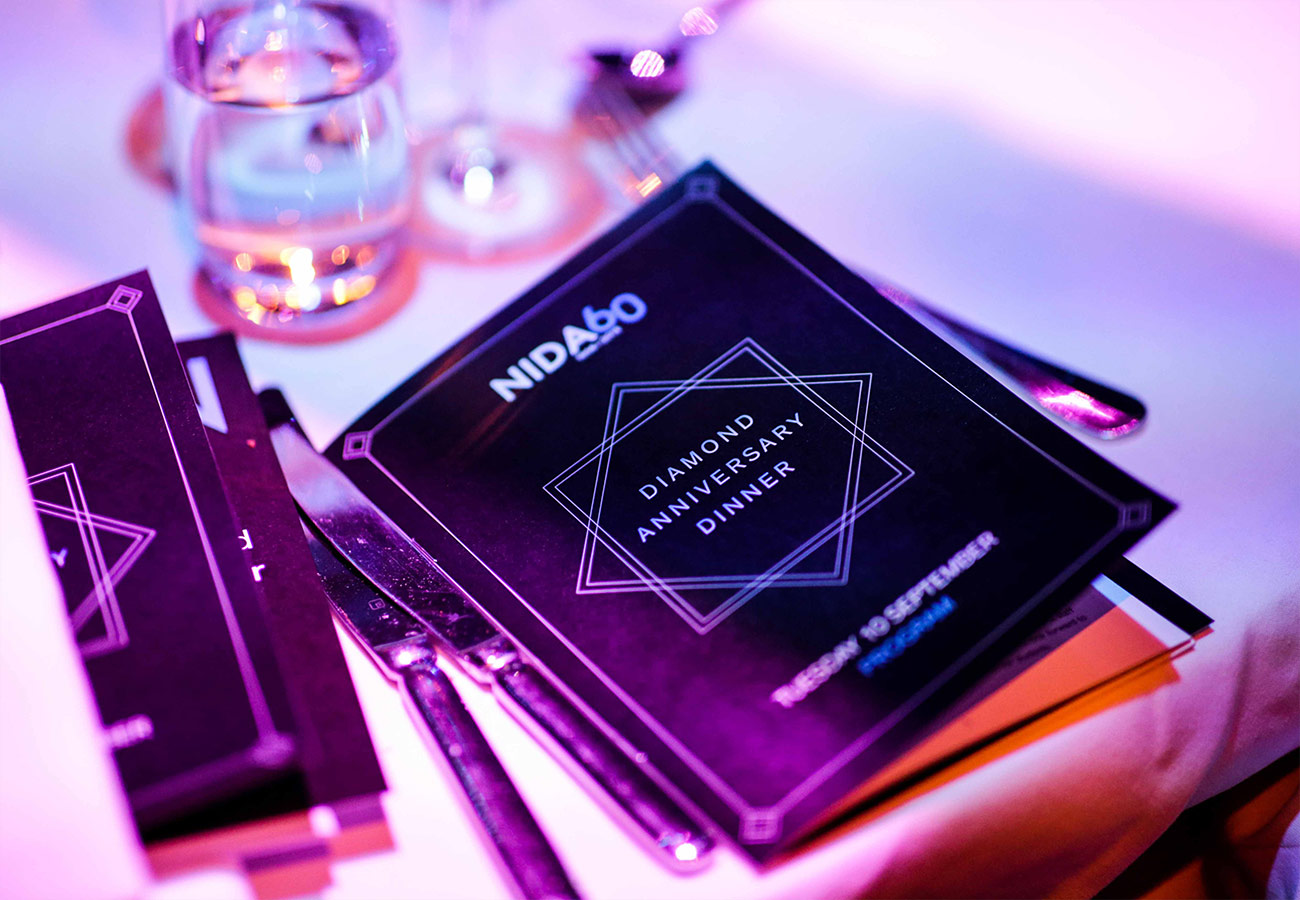 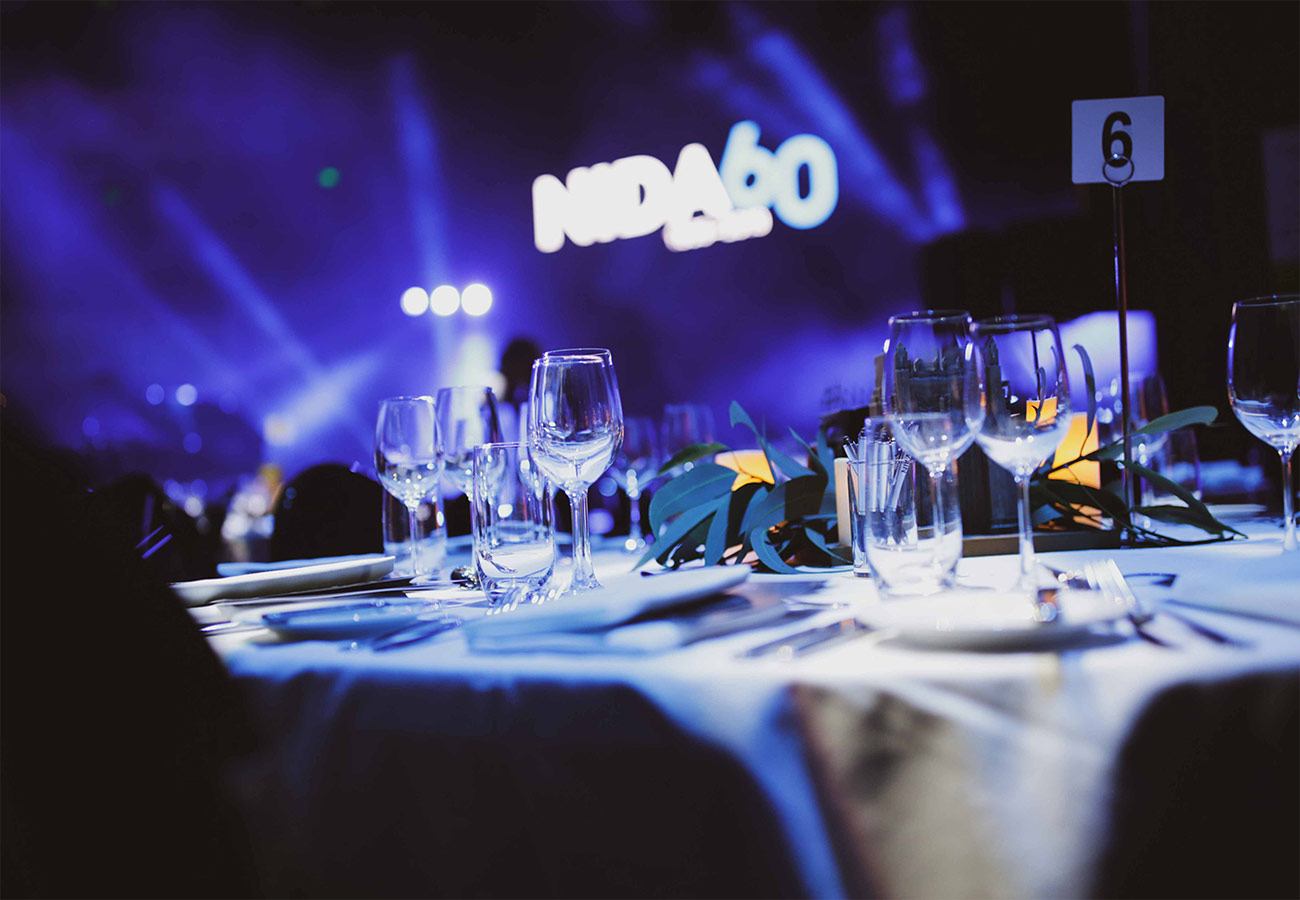 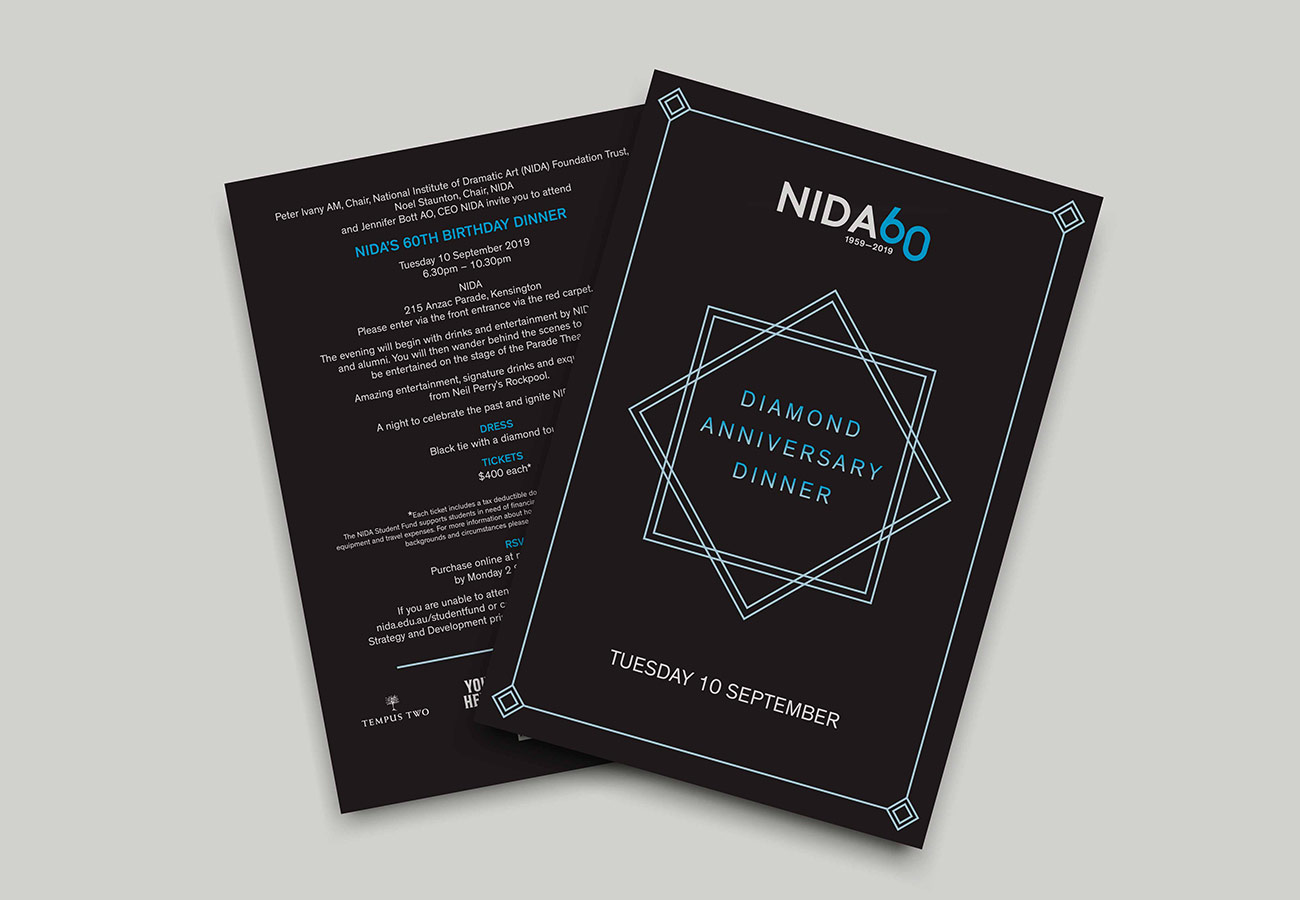 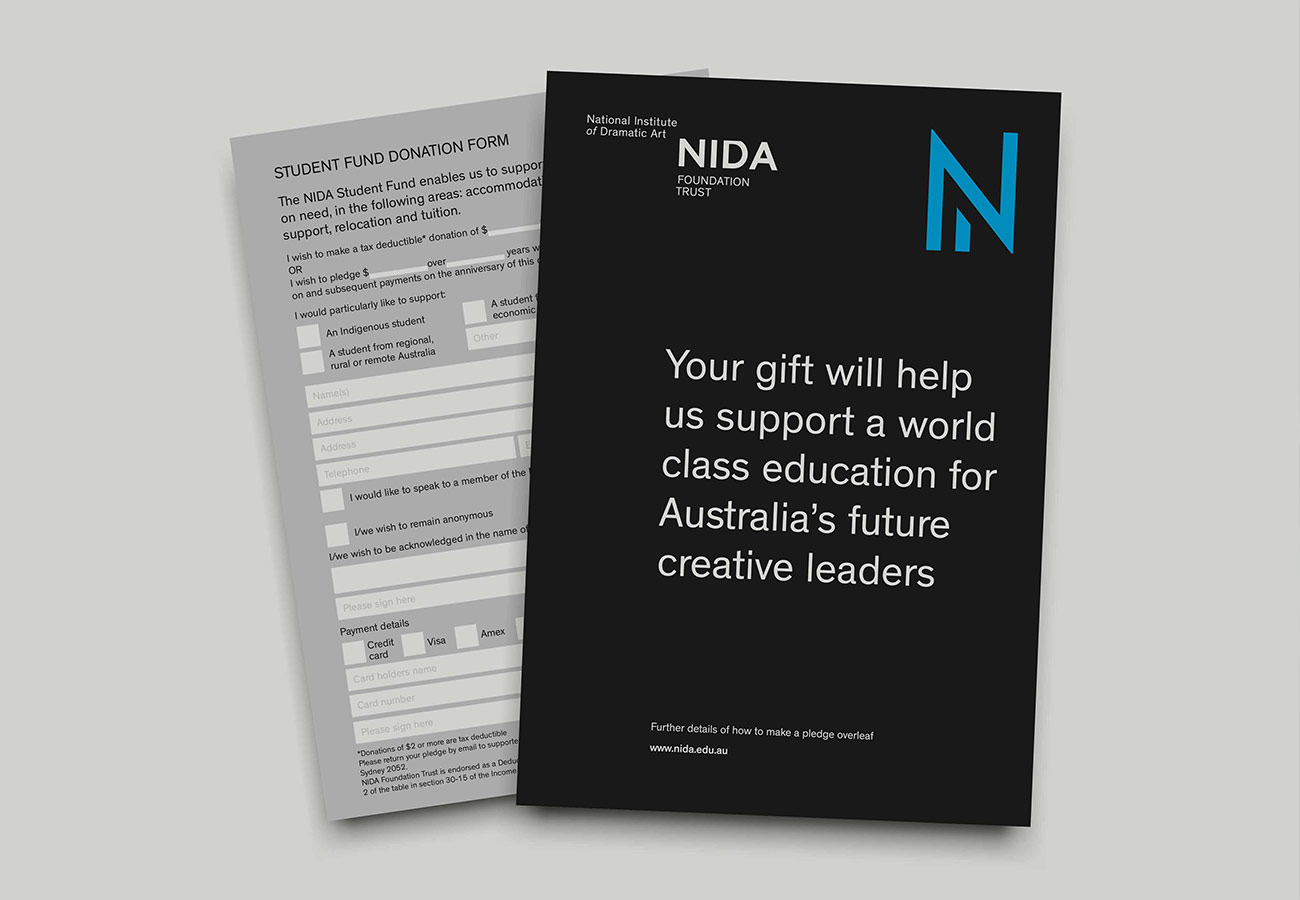 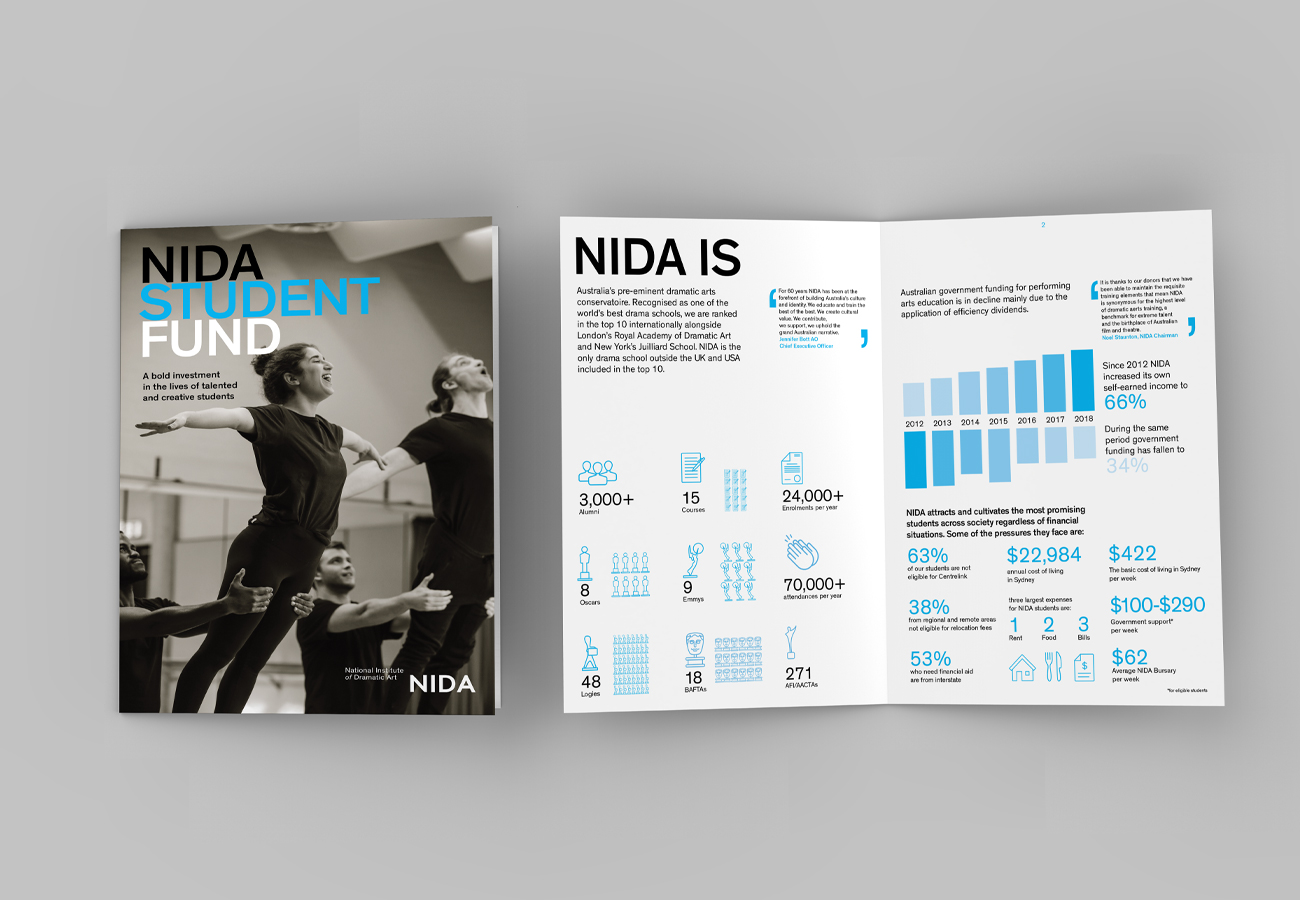 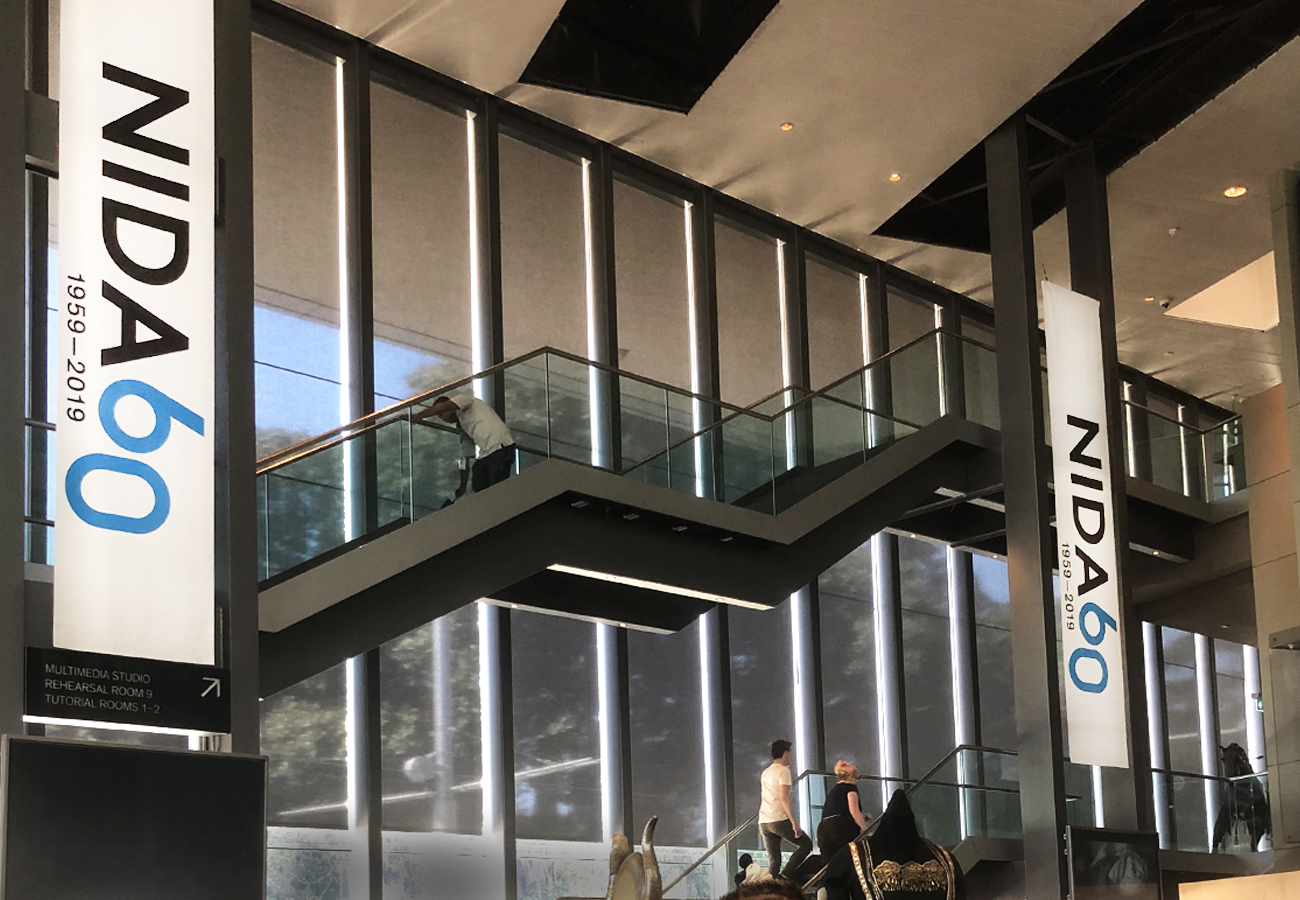 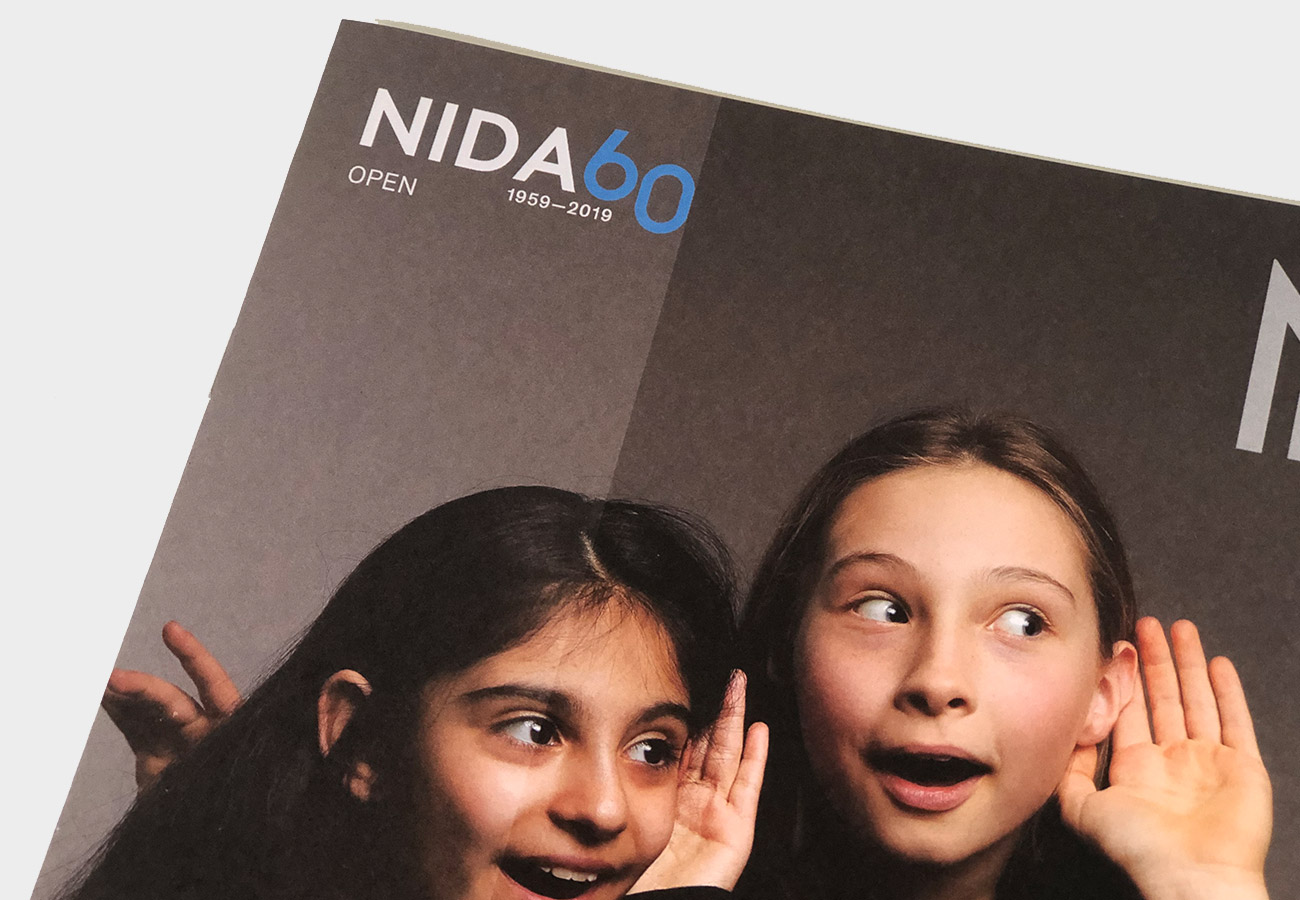 CHALLENGE
Design a NIDA 60th Anniversary logo to be used on all printed and digital collateral during 2019.

SOLUTION
Founded in 1959, NIDA is an iconic institution and home to some of the best and brightest dramatic artists and changemakers in Australia. The NIDA 60h Anniversary celebrations will consist of a full year of events that will bring their alumni, students and the community together.

We created a lock-up using the ultra-contemporary NIDA wordmark with a custom number “60”, rendered to reflect the modernist era in which the Institute was established.

The Anniversary logo uses a blue from NIDA’s core brand colour palette in order for it to be appropriate for as many applications as possible.

The device has been used on corporate materials throughout the year and was used at the NIDA 60th Anniversary Gala dinner, an event that was used to launch the important Student Fund – designed to assist students with the rising costs of living in Sydney, where NIDA’s campus is located.

Check out more of our creative work here.